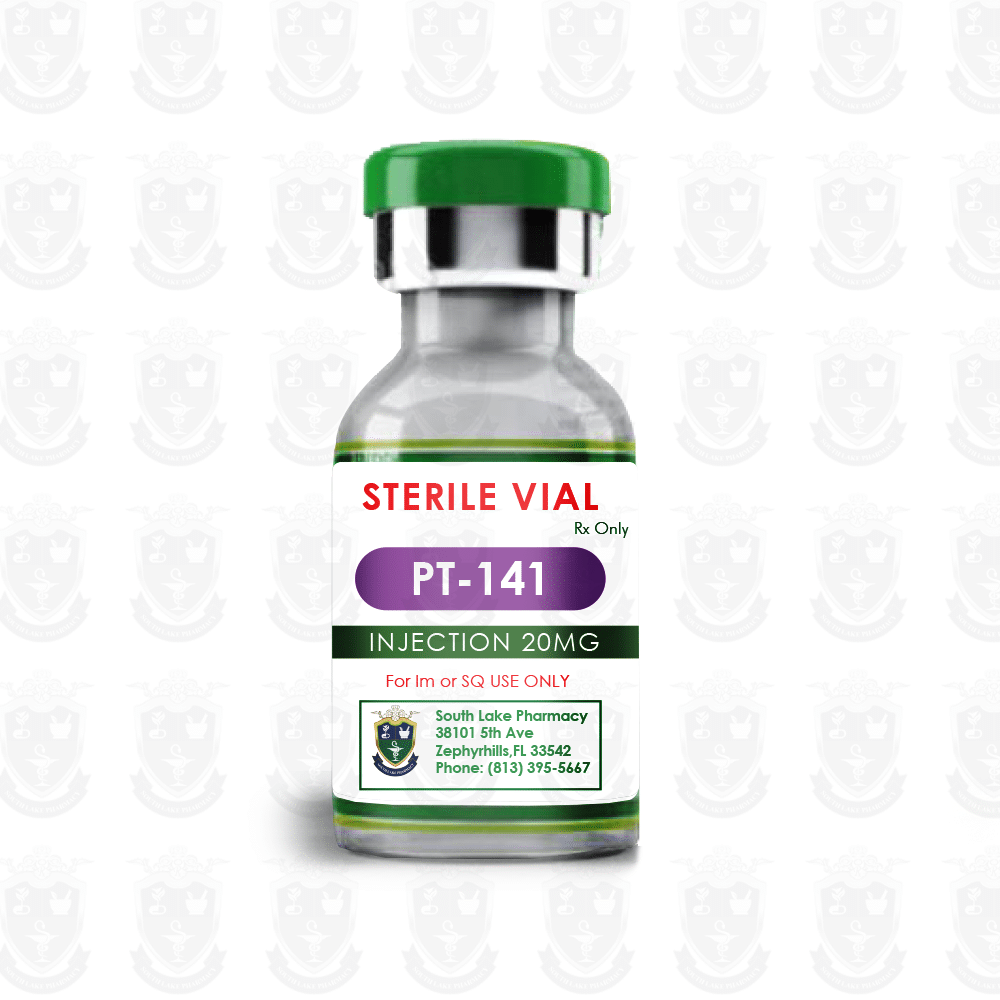 PT-141 is also known as Bremelanotide and is most known for its ability to treat sexual dysfunction in men and women. It is a derivative of Melanotan 2. It’s a synthetic peptide blend, as it isn’t naturally produced in the body like growth hormones are. PT 141 was developed from the Melanotan 2 hormone which is known to help darken pigmentation of the skin. It has often been linked to individuals treating sexual disorders (including ED or hypoactive sexual desire in women).

PT 141 is a nonselective agonist of the melanocortin receptors. It’s been primarily used and tested for treating sexual disorders, however, because of increases in blood pressure of test subjects, these studies were halted by the FDA. It was later turned into an injection form, and testing continued in treatments for female sexual dysfunction in recent years. PT 141 has been talked about on several peptide blogs around the world and is known for being amongst the top peptides on the market currently. 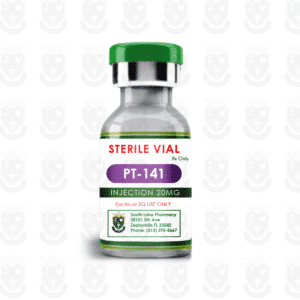 Consult with your doctor or health care professional to make sure you are a candidate before starting treatment. PT 141 is injected subcutaneously. Although it was previously available in different forms, it was discontinued because it caused increased blood pressure in test subjects. In recent years, it has been redeveloped as an injection, to help in treating several different sexual dysfunction issues, for both men and women.

Subcutaneous injections are typically administered in areas where there are fat deposits in the body. Points of injection might include the lower abdomen or stomach area, or the thigh. It should be administered at the same time for the best uses. Nasal sprays, pills, creams, or other forms of PT 141, outside of the injection vials, are not legitimate forms of Bremelanotide.

General dosage for PT-141 Dosage: – Sub Q (men and women) 2mg dose, 1 hour before sex it is recommended to inject 1mg for test dose, then add 1mg more 30 minutes later. Titration may be needed to achieve the desired response. You do not want to exceed 2mg in 72 hours. Everyone’s response and timing of the drug is different per person. Please Consult with a doctor or health care provider to provide you the proper cycle protocol.

Yes, there are some side effects which are commonly associated with the use of PT 141 in some test subjects. Nausea, headaches, flushing, and increased rate of sexual arousal are a few of the most commonly noted side effects. When using an injection, it is also important to note that some users are going to experience reddening, bumping, irritation, or pain and discomfort at the site of injection. Although this is typically mild, it is something that some users will find when they are injecting PT 141.

For those who are taking medication, regularly take prescriptions, or are taking other medications for sexual dysfunction, it is important to discuss the use of PT 141 with a doctor prior to taking it. And, for those who are allergic to other medications, or being treated by a doctor for other conditions, it is also important to discuss use of this injection for sexual dysfunction with a doctor prior to use.

Not everyone is going to have the same reaction or notice the same side effects when using this injection. Therefore, it’s important to note the most common side effects, listed above, so you know what to expect if you are using this as a treatment option for certain conditions.

PT 141’s primary benefit is in treating sexual dysfunction. This is especially the case in female test subjects using the injection. However, it is also beneficial for males who suffer from erectile dysfunction, low libido and other issues with impotence. It increases sexual desire via the central nervous system and does not have an adverse effect on the vascular system. It is more potent than other sexual dysfunction pills/medication, without having an adverse effect on one’s health.  PT 141 is used in treating sexual dysfunction in men and women. It is known to help increase sexual desire in women, and the effects are long-lasting. For some, the effects can last for up to 72 hours after injection of the PT 141.

Apart from treating ED and sexual dysfunction, it is also known to help increase energy levels naturally. Mens hormone clinics also use PT 141 to treat low T symptoms aswell. The peptide blend can help individuals who are often lethargic, tired or don’t have much energy. Furthermore, it can help in treating skin pigmentation disorders and has been used as a natural, sunless tanning agent. The main reason it is not used in tanning products are the propensity to cause sexual arousal in users. The primary purpose of using PT 141, however, is for treating different dysfunctions, and lack of sexual desire in both men and women.

This depends on each individual user. Some test subjects find that within minutes of injecting the PT 141, they will experience the benefits. For some women, test subjects have noted that the effects are felt as quickly as within a few minutes, for some users, it can take up to several hours before they realize the effects of the injection for sexual dysfunction.

In order to use PT 141, it must first be reconstituted, meaning it should be refrigerated. Therefore, you’ll want to keep the vial closed until you’re ready to use it.

Submit the form below and one of our dedicated pharmacist will be in touch with you shortly!

South Lake Pharmacy is passionate about offering and developing services that increase patient and caregiver satisfaction during treatment.